Only three cards left! The final three picks of round one are as follows:

Pick your card below and once all the cards are claimed, I'll start round two. For round two I plan on reversing the list, so those who picked last will pick first and those who picked first will pick last. Keep checking! Oh and if you do a list of your say top 6 picks and you are picking sixth and just tell me to claim you the highest ranked card, that works great. A couple of you have done that already and I think it worked well. It allowed me to move the picks faster because I know its not a race and we all have lives outside of blogland so we may not be able to check as frequently as we like. See the rest of the post right under this for the remaining cards and who claimed what.


Round one, featuring regular relics: 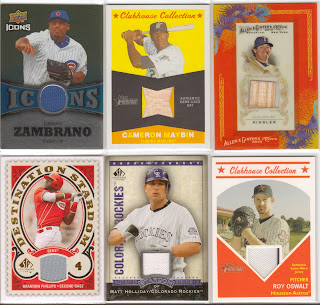 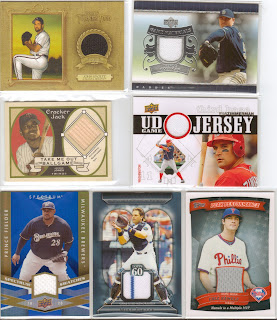 Here was the order random.org spit out:

To pick your card, see the above two pictures (you can click on them for a bigger view), choose which card you like and leave a comment stating the card. Also, check the comments above you to see what has been picked so far, so we don't get people picking the same card. There are 13 cards so one for everyone. Start your pickin'!
Posted by moremonkeys138 at 5:00 PM