First off, I still need a couple more emails from two more participants in the break.

-Greg
-Wicked (who is holding his own break not unlike mine, so go check him out if you missed out on mine, or just want to get in on more great pickin' action)

Remember in these emails, I just need your address and your favorite team. Title the email 'break address', just for my sanity's sake.

Now, onto business. Topps series 2 was released a few weeks ago but it is still fresh on the table. It also doesn't hurt that a few upcoming sets have been pushed back. Ginter was pushed about two weeks, Bowman Platinum a whole month. Anyway. Series 2 is the obvious continuation where series 1 left off. Honestly, this series was a big improvement over the last series. I'll explain on the way. 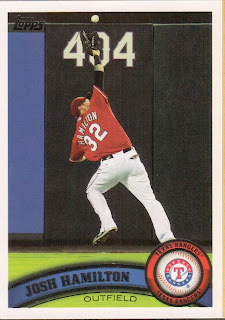 Yup, we all know these. 330 more cards here. Shane over at Off the Wall mentioned about the colors being a bit lighter than series 1 and I can see it. The colors don't seem as bold as in series 1 but it's not too much of a difference to make it terrible. Some of us have way too much of these base cards (like myself) but don't mind it. I know I don't but if there is anyone who needs any from series 1 or 2, let me know and I'm sure I have a bunch available. 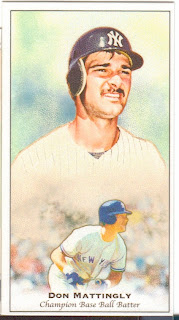 These are by far, my favorite insert set of this year, which I am collecting. Fifty more cards here and all are retired veterans and Hall of Famers. No current players in this mix which is fine by me, seeing as how series 1 was pretty much all current guys. It has been mentioned that they are a bit flimsy and I kind of agree, they could have been a bit thicker but then again they would have had to do this in series 1. Still a cool insert though. 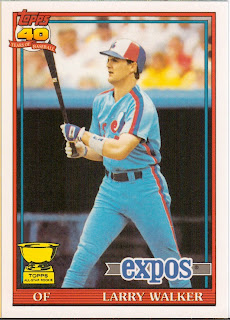 Continuing their love of reprinting their own cards, this marks the fifth time in two years that they reprint one card of each year. See last year it didn't make much sense but this year, fitting in with the 60th anniversary theme does work. Fifty-nine more reprints to add to your ever growing Topps reprint collection are added here. Eventually Topps will run out of good cards to reprint and be forced to reprint meaningless commons. Goody, anyone for a 1976 Skip Jutze? If you'll notice, Topps still can't get their fonts right on their reprints, which still puzzles me.

Before there was Topps: 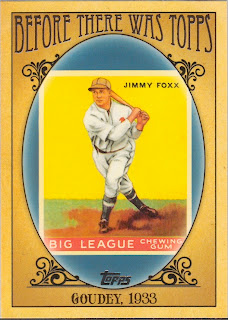 Never a company to toot their own horn too much, this is a small seven card set that focuses on the meager amount of cards that were released before Topps came into the game. Apparently there were only seven sets that were significant before 1952. Before series 2 was released they said this set would be 10 cards but it is in fact, only seven cards. At least they are informative though, which is a plus for me. 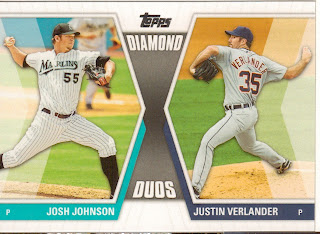 At 30 cards big, this set is still kind of boring. Hey, at least they are numbered this time around instead of letter-numbered like in series 1. NOTHING should be letter-numbered unless it is a relic or auto. Well, thats what I think anyway. 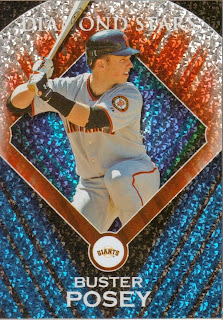 Here we go. Now this is an insert set. Arguably the best insert set to come out of 2011 so far (next to the Kimballs), I am definitely collecting these and at 25 cards it shouldn't be too difficult. Inserts should be fun and catchy and interesting, making you want to collect them. These cards just pop with the great diamond parallel tech they used on said Diamond parallels. 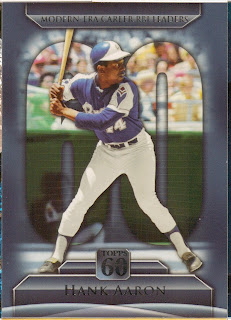 50 more stat related cards here. Not much to say about them really except that this is what the relics and autos look like, just like Peak Performance did last year. 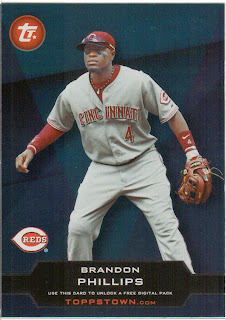 This, believe it or not, is probably the best improvement over series 1 and only because these are now seeded 1 in 6 packs. Thats the best news short of making these disappear all together. Oh, and they are flat as opposed to kinda curvy like series 1 (anyone else notice that?) 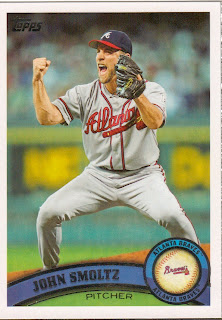 25 more legends join up with the 24 from series 1. I am definitely seeking these out and will trade big for any of them. Currently I am up to 11 of the 25 (and finished off series 1), with 2 more on the way from eBay. Still no word on what the odds are on these but I have pulled about 5 of them myself. 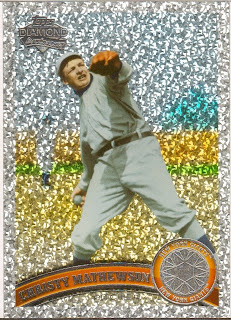 Also new to this series is the inclusion of all 49 legends done up in diamond form. I am casually collecting these and if I finish, I finish. I'll still trade for them though because they do look cool. 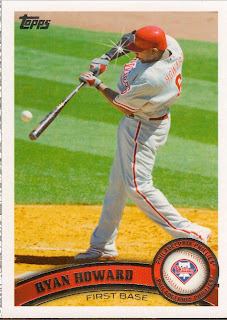 These return and 60 more of 'em too. I've pulled two so far, Howard above and Tim Lincecum. I am indifferent towards these but remember to check your codes!

So series 2. How 'bout that? Improvements in small but needed areas (Diamond Duo numbering, Topps Town insertion ratios) and more of the same (Topps 60, 60 Years of Topps) with a little new (Diamond Stars, Before there was Topps), making this a solid release. Topps' flagship set usually is thankfully, otherwise what good are they? Again though, really, if anyone needs base cards, let me know. Or let me know if you have legends variations for trade too. I want 'em.
Posted by moremonkeys138 at 6:30 PM