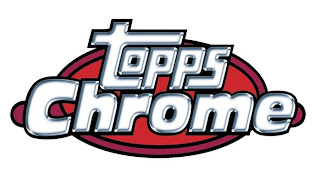 So Topps Chrome has hit store shelves. Initially I was kind of put off on buying any, due to the very small 4 card packs at 3 bucks per pack. Almost impossible to collect a set that way. Well, unless your wallet is fat, and mine ain't. So I decided to conduct an experiment. I did buy a box and two blasters. I didn't want to but I couldn't help myself. I didn't get anything spectacular. More base cards than I imagined though. I bought a bunch of 2008 Chrome for real cheap at a local store, they were on clearance. Each pack had at least one parallel, and sometimes an insert on top of that, leaving only two base cards. Needless to say I don't have a 2008 set. The hobby box I got had few parallels and even fewer inserts. The retail blasters had some better luck, with usually 6 parallels out of the 7 packs. Some of you have mentioned that was the case as well. So the experiment I am attempting is to see if I can get a full set, a Jays team set, the Mike McCoy auto, and the Vernon Wells rainbow (regular, refractor, xfractor, orange, purple, blue, gold, red, superfractor and print plate). The box cost me $75. I want to see if I can get all that for less than or equal to the box. With the exception of the superfractor, that'll be some money. I have already started it, and is well underway. When its completed I'll post up the results. Until then, if there is anyone going for a set, I have a bunch of duplicates due to the box and set coming.
Posted by moremonkeys138 at 3:45 PM