I know the LAST thing you want to see is another post about 2012 Topps Archives but I figured I'd share the results of my box.

On Wednesday, I asked my local shop when he anticipated Archives to be in and he responded that they would be in after 11AM, meaning right when he opened. I was at work and as the day went on, I had pretty much talked myself out of buying a box. I did however go to Target and saw they had Archives surprisingly on the shelves. Really, it takes my local Target weeks to get new product. So I grabbed a blaster.

What I found was that I really enjoy the set as a whole. Fun inserts, nice base cards, etc. I really like that they have no gloss or foil on any of the base cards, as it isn't needed. I suppose one complaint could be that they should have used a Heritage stock, to give it that old time feel but we know Topps has been taking the cheap route to produce things lately (see: Gypsy Queen). I know anyone who prominently bought Topps Baseball in the 80's is sick of that wrapper but I really like the nod to the era with the pack design.

After busting the blaster, I decided to head down to the local shop and grab a box. I won't bother with the base cards but here are the two autos: 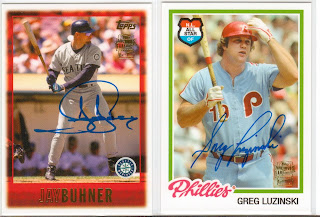 Funny thing was that these came out of my first (Buhner) and third (Luzinski) packs.


Out of the fourth pack, this fell out: 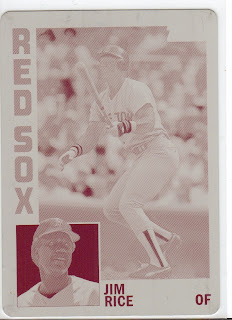 Hey a plate! Not too shabby at 1:777 odds. I have already sold the plate on eBay, in fact I posted it that night.


I didn't stop there though. I ended up grabbing 12 more packs (half a hobby box) and ended up with these: 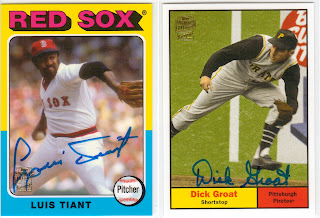 Both the autos from the box. Good names too. 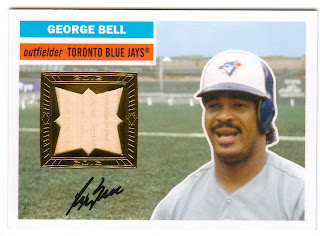 A relic! Relics fall 1:120 and couldn't have been of a more appropriate player for me to pull.


Overall I really like the set and will be collecting it. All 240, so the short prints are needed. I'll have a list up soon and I have plenty of doubles for anyone looking to complete their set.